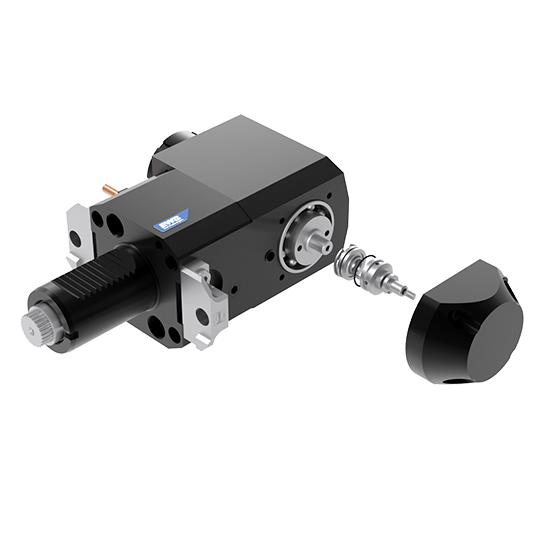 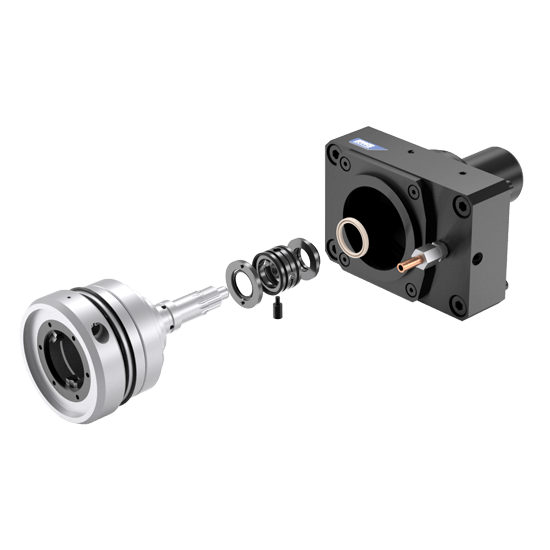 The new HPC-Line (high pressure ceramic) from EWS sets new standards for driven tools with axial rotary feedthrough. The sealing kit is capable of covering 70 bar at up to 12,000 rpm.

Gone are the days of having to choose between a high rotational speed with low coolant pressure or high pressure with a low rotational speed. Another quantum leap has been achieved with the new sealing technology. The sealing kit, which is based on technical ceramics, is capable of covering 70 bar at up to 12,000 rpm. What's more, it also boasts an unrestricted dry running capacity.

For many sealing systems, the running-in process in particular has always created technical chaos after a very short space of time, as until now, the seals used burned up after just a few seconds or became hard, leading to failure soon after. The technical ceramics used for the HPC line have excellent dry running properties – a major criterion in the developer's specifications.

Even in terms of heat generation, reports have been overwhelmingly positive, as the high-precision seal brought about by the optimised friction factor µ retained far less heat than was the case with lip seals. In addition, the friction force FR= µ x FN, has been reduced to a minimum by geometry optimisation and intelligent load balancing on the sealing elements.

Available for the following machines: